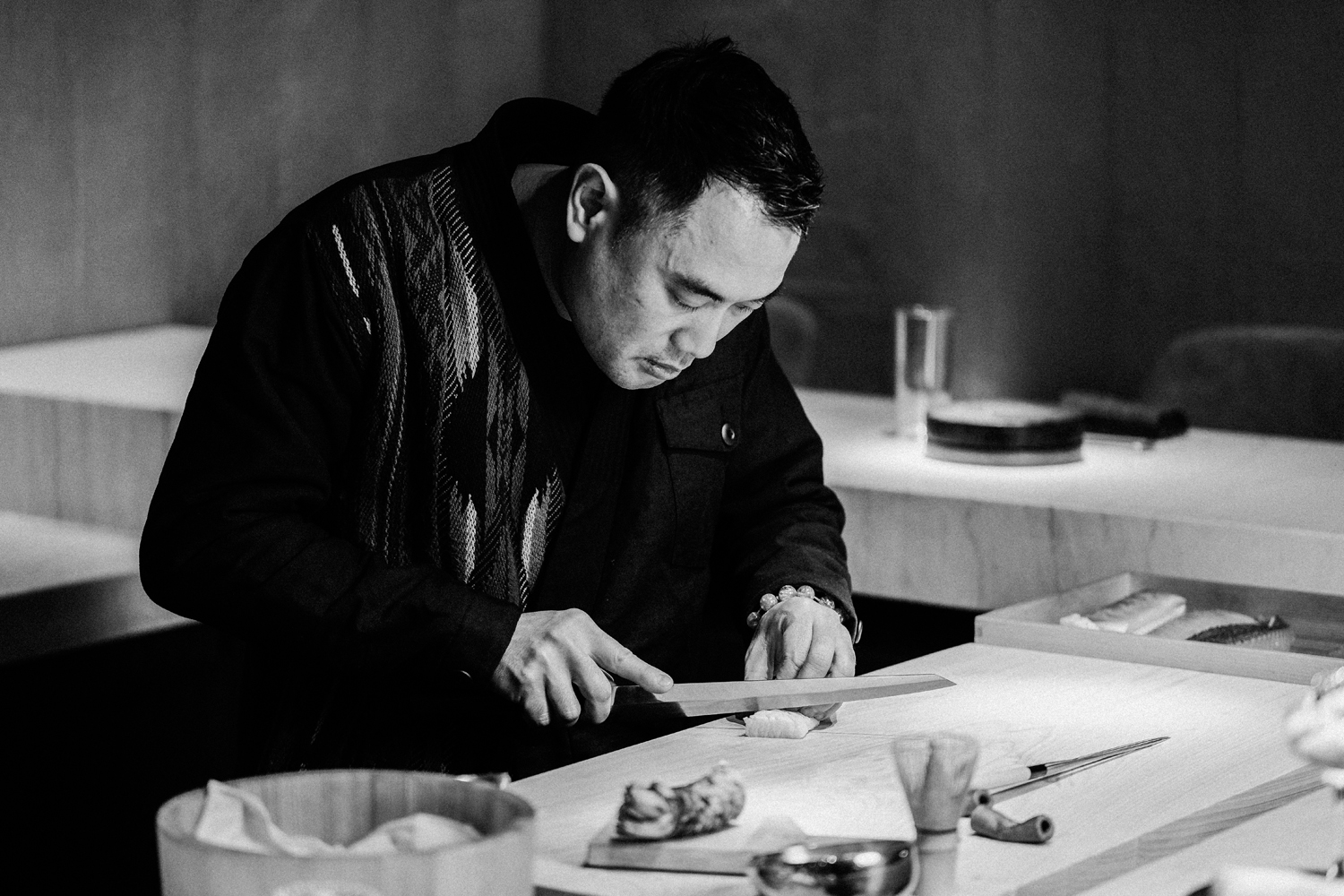 A descendant of Vietnamese and Chinese heritage, Master Sushi Chef Kaze Chan has influenced Japanese cuisine across Chicago for nearly 30 years. Under the mentorship of Japanese Sushi Master, Shozu Iwamoto, Kaze-san began his formal training at the age of 20 in Boston, MA. Combining traditional Japanese techniques with his international heritage, Chan's cuisine has garnered high praise, including awards from Travel + Leisure and the Michelin Guide. 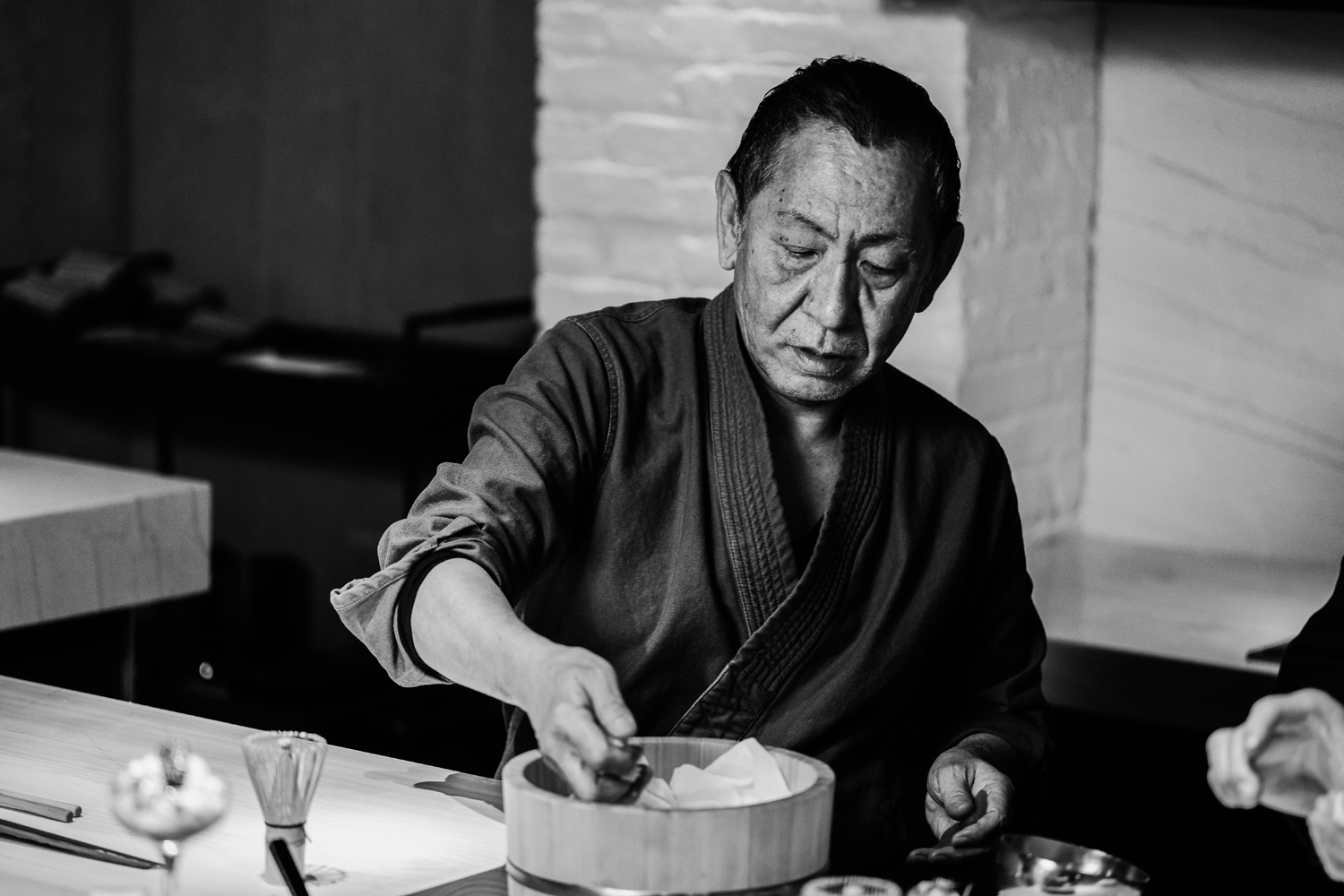 Born in Sapporo, Japan, Master Sushi Chef Shigeru Kitano came to the craft of sushi by following his childhood dreams. Prior to joining the team at Sushi-san, Kitano trained under five Master Sushi Chefs in Japan and worked at some of the most regarded sushi restaurants in Chicago. He works alongside Master Sushi Chef Kaze to create sushi that respects tradition while incorporating new ingredients.

Join us at The OmaKase Room 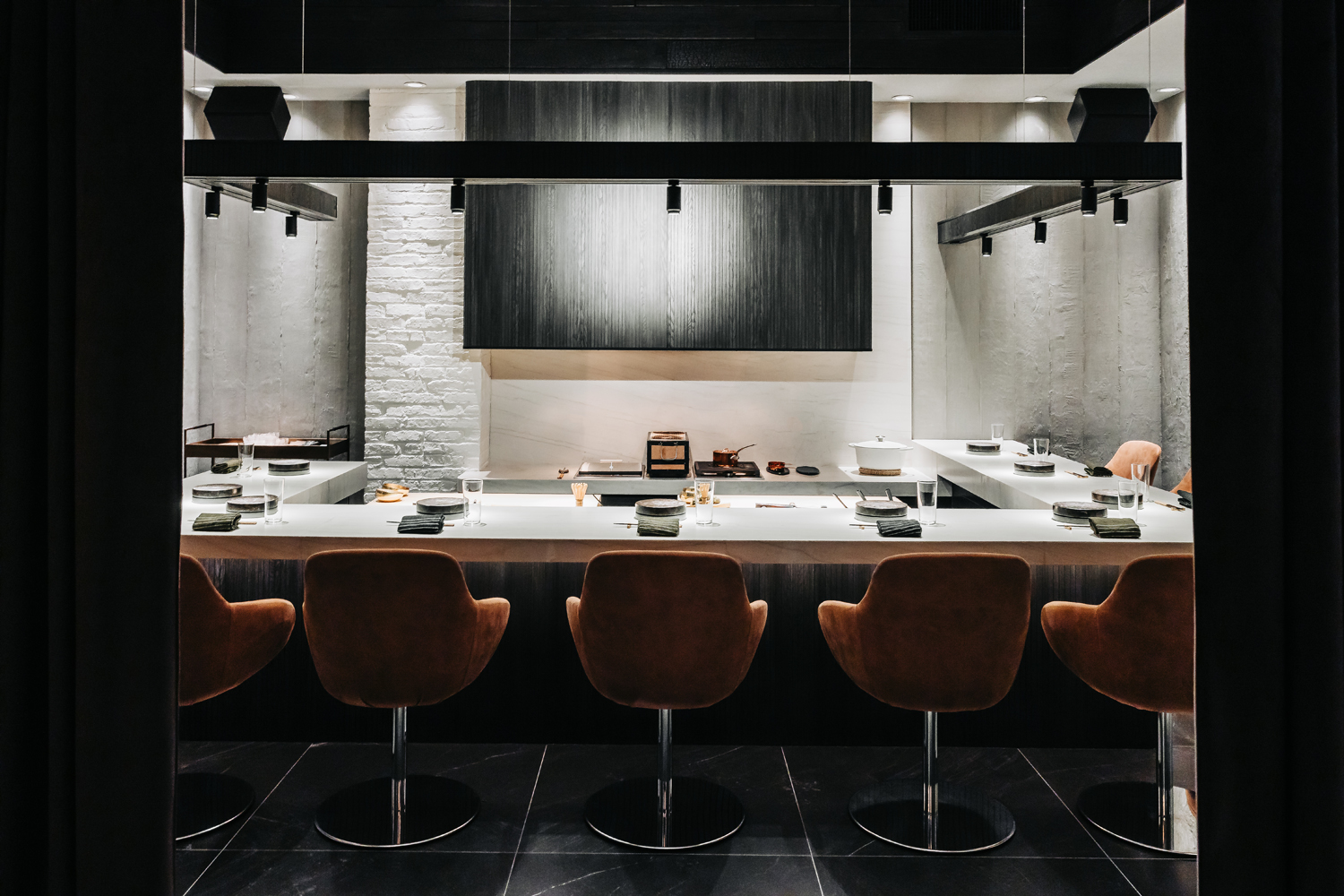 Through a direct partnership with the Yamasaki family at the Toyosu Fish Market, The Omakase Room at Sushi-san receives daily deliveries of the best ingredients in the world, with a focus on wild line-caught fish.

From the design of the space and playlist, to the interactions between our master chefs and each guest, our intention is to break down the formality that usually accompanies the omakase style of dining. Our menu and service pay homage to the spirit of Japanese omakase without being bound by its tradition.

You have to experience this piece to know why this

Signature handrolls are always part of our menu.

Did you know we have a spirit free drink pairing?